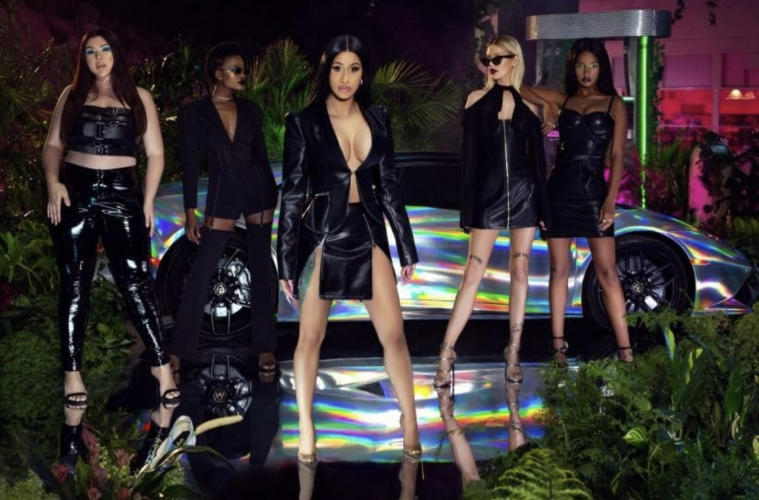 Fashion Nova, founded in 2006, relied on the Internet to become a household name. The brand’s profile has 10.7 million followers on Instagram and reaches out to millions more through their network of over 3,000 influencers. In 2017, Fashion Nova beat out luxury brands Chanel and Dior to be the fourth most searched fashion brand on Google. That following year, Fashion Nova was at the top of the list. By creating a symbiotic relationship between accessibility and influence, Fashion Nova became the Internet’s favorite label.

Fashion Nova’s production and sales tactics establish the company as one of the most accessible Women’s apparel brands in the industry. Their efficient business model and quick production capabilities exist for Fashion Nova to thrive and expand. For example, the company typically releases 600 items every week. In an interview with WWD, founder and CEO Richard Saghian explained that his design and buying team works with over 1,000 manufacturers on products. Partnerships with L.A.-based manufacturers is Saghian’s key to keeping up with growing demand; samples have the potential to be created as quickly as 24 hours within envisioning a concept. Models can even be ready to wear the outfits for online promotion within 48 hours. This two week development period is crucial to staying innovative and competitive in a limitless, worldwide digital market.

Richard Saghian skilfully employs SEO tactics to amass interest in the brand’s specific items. The product opts for easy-to-search names over complicated style numbers for their new arrivals. Fashion Nova also employs a tool to notify customers when a product is restocked and accepts traditional methods of payment as well as PayPal and Amazon Pay. Clearly, the clothes are easily attainable. The products are affordable, as they typically price for under $50 before applying a sale or discount code. The brand ships across the globe and offers two-day shipping on all orders within the United States. This commitment to speed goes a step further for customers in the Los Angeles area. If an order is placed by 1 p.m., shoppers who live within a 40-mile radius of Los Angeles will receive their order via Postmates on the same day.

Though successful, Fashion Nova was not an instant phenomenon. Richard Saghian opened the first Fashion Nova store at the Panorama Mall in Panorama City, California. In 2013, it came to Saghian’s attention that he could sell those same products via online, but at higher price points. To generate buzz and direct customers to the website, he chose to utilize Instagram. The framework was in place, since store shoppers were already posting pictures of themselves in the product and tagging the store’s account. He saw this as an opportunity and began to work with them directly, giving them free products in exchange for promotion. This tactic immediately worked – the Fashion Nova account had 60,000 followers on Instagram before the website even launched.

All products launched on fashionnova.com during their opening weekend sold out in a matter of days. It is with this pivot to online sales that Fashion Nova connected with their full potential. Today, Fashion Nova continues to forge their path through influencer marketing. Richard Saghian works with a network of between 3,000 influencers and 5,000 influencers to promote the brand. Members of this network typically advertise the clothing to thousands, sometimes millions of followers. High-profile celebrities such as Cardi B and Blac Chyna have collaborated with Fashion Nova; both women have 62.7 million and 16.6 million followers, respectively. The impact of Instagram is initiated in both a grassroots and trickle-down manner. Not only are high-profile accounts involved, but Richard Saghian and his team also post every 30 minutes on Instagram, amassing hashtags such as #NovaStars or #NovaBabes. When customers tag themselves in Fashion Nova, the company’s Instagram account likes and comments on each post; they sometimes even repost the image on their own profile.

The Impact of Earned-Media Value

It is clear that Fashion Nova’s value of social media lies at the core of their Internet-majority. Though most influencers continue to receive free clothes in exchange for promoting the brand, some of their most notable cash-out promotions come from A-list celebrities. For example, one post from Kylie Jenner can generate, according to Richard Saghian, over $50,000 in sales for Fashion Nova. Cardi B also continues to make a profound impact on Fashion Nova’s revenue. In two years, she has created two of her very own collections for the brand. The first collection included 82 styles that already sold out in a matter of minutes, and the second stockpiled five times as much product in order to account for predicted hype.

As reported by InfluencerDB, an influencer-marketing platform, Fashion Nova was Instagram’s top-performing brand based on earned-media value (EMV) through the first five months of 2018. Their EMV of about $125 million measures the equivalent cost of what a brand pays in traditional advertising to generate the same level of publicity. The metric is generated by calculating all of the mentions, likes, and comments from a brand’s fanbase. Fashion Nova led their competitors, including traditional brands such as Zara and H&M, by a long-shot. When further interpreting what this report (an analysis of 600,000 Instagram posts) truly means for Fashion Nova, it is clear that Fashion Nova led their competitors in online word of mouth on one of the world’s leading social media platforms.

Integration into the online marketplace provides Fashion Nova with an industry niche and brand longevity. By translating accessible products into revenue growth and tapping into influencer marketing on Instagram, the brand presides over an earned-media value that is able to turn a single click into thousands of dollars. It is clear that Fashion Nova has a symbiotic relationship with accessibility and influence that will continue to empower the brand as a fashion power-player throughout 2020 and beyond.